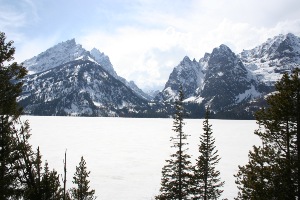 Recently the Odyssey blog site took up the topic of story setting, asking how graduates of the Odyssey workshop develop their story settings. Do the settings exist fully developed in our minds eye? Do we have some system of working out settings, like drawing maps or using other resources (emphasis here was on speculative fiction, but the discussion applies to just about any genre). Below is a slightly expanded version of the response I posted:

Setting almost always exists fully realized in my head on a scene-by-scene basis. As my characters make their critical meanderings through fictional space, my mind seems to balloon open the settings that they exist in for the scenes. I don’t know how that works; it just happens.

I’ve never drawn maps or the like. I think part of it is that I have never written a story up to this point where the precise geography or geometry was really essential to the story.

My muse tends to flow most generously from the fonts of idea, character and event, in that order. Milieu, which includes setting, has to be consistent, but it has rarely been the focus for me. There are tropes and subgenres of scifi, fantasy, horror and magic realism for which milieu and setting specifically are very significant story drivers.

I try to picture all settings in my mind as I write scenes. Much of what I write (if earth-based) draws from my personal experience. In fact, I am a little leery of writing fiction in earth-based settings that I have had no exposure to. When I write earth-based stories set someplace I am not familiar with, I spend a lot of time on google, looking up geographic, community and cultural facts that need to be right-on for the story. I’ve traveled a good bit over the years, and worked for prolonged periods outside the US, so I have the luxury of being able to draw from those experiences; but even then you have to be careful not to be over-confident. I use google earth sometimes to check maps and satellite imagery, go to published atlases and on-line data bases to check out climatic facts and even community, economic, social, religious facts etc.

The further away (i.​e. outer space) or distant in the future, the less I obsess about details, since my stories are never as setting-driven as anything like, say, the “Coyote” series by Allen Steele. As I said, I tend to be more invested in idea, character, and event when I write. To date the milieu, for the few milieu-driven stories I have written, have been “micro” scale (in terms of story dependence), and were manageable in my mind’s eye, so there hasn’t been a problem. If your off-earth setting is essential to the story, it should have physics, chemistry, geology, planetary orbit, solar, atmospheric properties etc. that are scientifically accurate (or at least feasible). I’m told there are websites that provide help with these. However, I’ve never written a story needing that kind of detail yet, so I haven’t used any of them.

I’ve read stories (usually high fantasy or the like) where the intricacies of setting have given me a kind of folding-game-board feeling as I read. What do I mean by that? I guess I mean too arbitrarily artificial, constrained, convenient, quirky… whatever. If the setting is really important to the driving energy of the story (and I mean REALLY important) I suspect it should be so organic that you need it to breathe, but at the same time are just as unaware of it as you are unaware of breathing– until something happens that prevents you from taking a breath.

Being a retired agricultural / environmental scientist, I’ve read a lot of manuscripts and published-sf stories that made me cringe because of the egregious unawareness of agricultural or environmental realities. Urban folks should be particularly careful when deciding to write stories that touch on environmental or agricultural phenomena, untamed landscapes, range or desert or forest settings, or even just rural life (just as we rubes should check in with urbanites when attempting to portray cities that never sleep). I think the homework factor is particularly demanding if the key aspect of the setting in question is anthropological.

The more a setting erodes the confidence that comes from personal experience, the more I seek trusted readers who have the appropriate backgrounds to help keep me from making an idiot of myself. Actually that principle is something I practice regardless of what story aspect I feel unsure of. The trick is recognizing your weaknesses, admitting the need for some help, and then getting it.