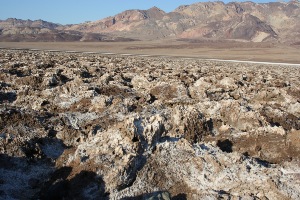 Lots of readers and writers ask what if the well runs dry? The well, meaning the creative fount from whence flows stories and all other manner of inspiration. It has never been the right question for me. The well, the source of story ideas, the movies in my head, the idea nuggets, the oh-shit-think-about-thi­s flashes of quirky notions that you suspect no one else has ever had zip through their brains before… that flow has never ceased for me. Rather I deal more with power failures. It’s like the electricity to the well that pumps the ideas from your brain to your fingers and onto the keyboard suddenly disconnects. Or maybe the amperage seems to slowly decrease at times to the point where you choose to plug in the battery charger to your pace maker and cell phone instead of the laptop, and then use that excuse not to write. I deal with that a lot.

Frankly I have more ideas than I can keep track of, even though I carry around the mandatory author’s little idea book to jot them down in. I’m just not focused enough to catch every one of those ideas and jot them down. I’m also not the entrepreneurial type. I’ve had dozens of million-dollar-money-ma­king ideas over the years that, if I had jumped on them in Steve-Jobs-fashion I would have been rolling in dough by now. Instead I have this amazing ability to recall the original ideas as I notice them roll by on the highway of life when someone else tinkers the things together. I have this great conceptual capacity, which when I was in my science career, often came to fruition because of the hands-on ability of the fantastic teams of collaborators I was privileged to work with. But as a writer, you can’t just jot down the conceptual sketch and get a team working on an idea. You have to wrestle the idea to story perfection yourself, and then -AND THEN- run the gauntlet of submissions and rejections to get the story or novel or whatever published. The new world of self-publishing is out there, and I am cozying up to the idea, but I really want and need the personal satisfaction and validation of selling more stuff to the cold anonymous marketplace.

Actually, often there is another stage ahead of the submission/​rejection tunnel, namely the sharing of a draft with trusted readers, either at workshops or privately. I have some really really good trusted readers, and I get incredibly great feedback from them. But I find that the amperage drain that my soul experiences while I hand-wring about which critique comments to consider valid and how to handle them, often causes the pump (the revision-cycle pump) to choke flow on down to nothing. I get disgusted with myself as I watch in the mirror and see this all-too-familiar pattern sap my creativity and productivity. The critical self is like that nasty little red devil on the left shoulder shouting confidence-sapping deprecations in your ear that your snowy-glowy good angel on the right shoulder can’t seem to outshout.

I have definitely learned over the years that you have to grow a spine (follow Heinlein’s / Ellison’s rules), don’t over-revise, and furthermore keep resubmitting your work until it sells. I do that… but in spurts… not anywhere nearly as religiously as the task demands. I have a trunk of dozens of good stories that stare at me accusingly for failing them in this regard. I also have a trunk of what I see as bad stories I’ve given up on that keep reminding me that more than one great author has told me that no author is a good judge of his/​her own stories’ quality or sale-ability. I’m pathetic.

But I have an excuse for a day or two. Today the well did, in fact, run dry. Actually, Jesus, as I write that I hope it is inaccurate. What I mean to say is that the pump quit. Only now I am talking about the freaking water well that quenches the thirst of our little ranchito here in the deeply crimson southern flank of Idaho. The experience has richly pissed me off, because we had a lot of work done on the well and the pump just two and a half years ago. Yet, here I sit, panting from hauling five gallon jugs of water from the neighbor’s place to flush our toilets and wash our dishes (Thanks Pete and Suze; how would we ever survive without great neighbors like you?​!​). But as the light fades and I wait for Monday morning to call the well maintenance folks (and avoid the steep weekend emergency rate), I was put in mind of one our great American writers, Mark Twain (Samuel Langhorne Clemens to you purists), who coined the memorable phrase “Whiskey is for drinking; water is for fighting.​” My writer’s well just spit up this little drop of dew… water shared among dried up neighbors is a bigger gift than a bender’s worth of single malt Scotch. You suppose Mark Twain ever had a well go dry, or a pump fail, real or metaphorical? I think I’ll go to the cupboard, pour three fingers of Glennfidich over some ice, and reflect about all this.